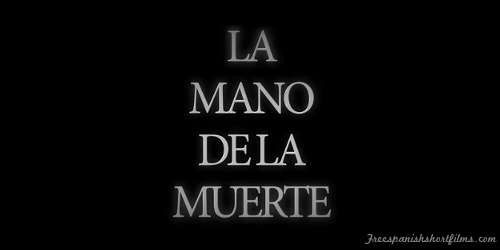 La Mano De La Muerte (Hand of Death, in English) is about a man who seems to be running from a death-like character. As he moves about, he encounters a number of scenes that he may just be familiar with. With the play of light, symbols, and a woman’s presence, the man realizes that he has not escaped something he had hoped to leave behind.

This is an illusionary-like film featuring a man reliving scenes of death and justice. It has quite an interesting play of light and dark, of sounds and silence. It features plenty of symbols, thought with very few words. Very curious.

(This is available on Vimeo and YouTube, with and without English subtitles. Here’s another allegorical film featuring a man in a room lighted by candles. And, for a lighthearted note, here’s an animated film about a woman meeting Death.)