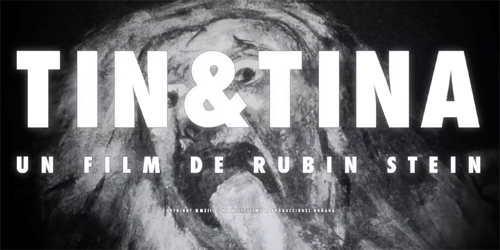 Tin & Tina starts with a man preparing for dinner, as a news report on the radio tells of a murder story. When everything is ready, he calls Tin and Tina to come to eat. The two children sit down, but don’t touch the puree on their plates. Just as their father angrily tells them to eat up, he starts trashing about, and falls to the ground.

This film is a visual treat, while remaining an intriguing story set in just one room. The black-and-white semi-symmetrical backdrop provides a chilling touch to the movements of the two children, whose simple and, perhaps, innocent view of things adds another dimension of horror to this tale. Brilliant short film that plays on lights, shadows, and sounds to deliver a curious yet terrible story.

There’s just something about the childlike air of the young that makes it rather scary when they get involved in something dark. What about you? What did you think of Tin, Tina, and their treatment of their father?