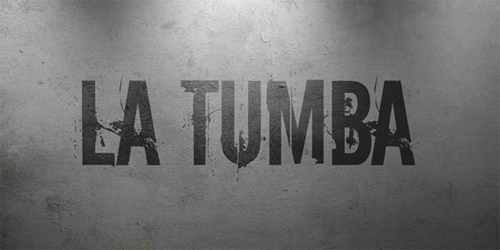 La Tumba (English: The Tomb) begins with a man in a clean, white jail. A few men come to visit him, asking him why he’s going on a hunger strike when he’s given food everyday. The man does not reply, so they tie him up and cover his eyes. Meanwhile, in another part of the facility, a man in a cell listens as a new inmate is brought in.

This film finds its significance in the alleged white torture (on Wikipedia) being done to prisoners in “La Tumba” (on Wikipedia), a building in Caracas, Venezuela. While designated as the headquarters of the Bolivarian Intelligence Service (SEBIN), it is more widely known for its underground detention facility, wherein political prisoners are said to be held by the government.

As a short film, La Tumba is a moving view of the transgressions that goes behind those white walls. It puts a very human and real touch into the horrors white torture places among its inmates. It also gives a picture of how people strive to connect to others, even in horrible places like La Tumba. It can be difficult to watch, but it gives a kind of awareness of the things that authority figures do in order to place pressure on prisoners. I myself was both touched and appalled by the things I saw here. But what about you? What did you think of this telling short film?